Premium Collections was founded by our managing director Paul Daine in 2002 in the North West of England but now services clients all over the UK and internationally too having built up a network of associates with offices worldwide.

Paul has held a number of high-level positions during his career in the collections industry from a credit control manager of Sovereign Leasing, group collections manager at First National Vehicles and Securicor to Managing Director of KSI UK plc where he built the UK arm of this German company from scratch.

As well as his responsibilities at Premium Collection Paul believes in being involved in organisations outside the business which has included being the former commercial director of Altrincham Football Club, a former President of Altrincham and Sale Chamber of Commerce as well as being a board member of the British Irish Trading Alliance, a member of The Institute of Directors and a fellow of The Institute of Credit Management for over twenty years which gives him and the company a rounded view of business across various platforms.

Paul is not only passionate about credit management he also believe in supporting charities so the company is a patron to The Speed Of Sight Charity and Barnabus a homeless charity in Manchester. 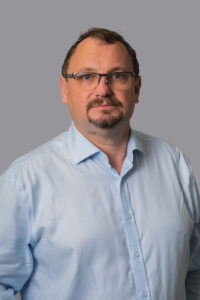 Paul has worked abroad which has also enabled him to build up a network of international debt recovery specialists across the globe which allows Premium Collections to offer a unique service to it’s clients based here in the UK as well as around the world.

Paul ensures that all our clients benefit from a high level of service from all our staff dealing with your case irrespective of the value of your case.

“We have been using the services of Premium Collections for the past four years and have been consistently pleased with the results.  Our bad debts tend to be quite small and irregular in nature, yet Robert and his team are able to work with us to encourage clients to make prompt payment.

The service provided by Premium Collections Northern is good value for money.  The team is enthusiastic and quick to respond to new work, questions, or requests for advice.”

Speak with one of our debt collection experts today

Our friendly team of debt collection agents are happy to help

Our Mission and Vision Statement

"To be the best in our field for the benefit of our clients."

Is there a limit on how old a debt can be for you to chase it?

We can chase all debts up to 6 years old.

If my debtor has moved without providing a forwarding address can you locate them?

Yes we can. We work on a no trace/no fee basis.

If my debtor already has a County Court Judgment registered against them can you still help us?

Yes, we can help you with post Judgment enforcement of the debt.

What is your average success rate?

Every claim is different but overall we have a success rate of just over 80%.

Can you chase foreign debtors?

Yes we can. We work throughout the World.

Do you just chase businesses or can you chase individuals too.

We can chase individuals as long as the debt is not subject to a regulated credit agreement.

What is late payment compensation?

If my debtor disputes the debt can you still help me?

Yes, we will try and negotiate a mutually agreeable settlement with the debtor.

If I want to issue a County Court Claim against a debtor can you do that for me?

Yes, our legal team can issue the Claim on your behalf, obtain Judgment against the debtor and
proceed with enforcement thereafter.